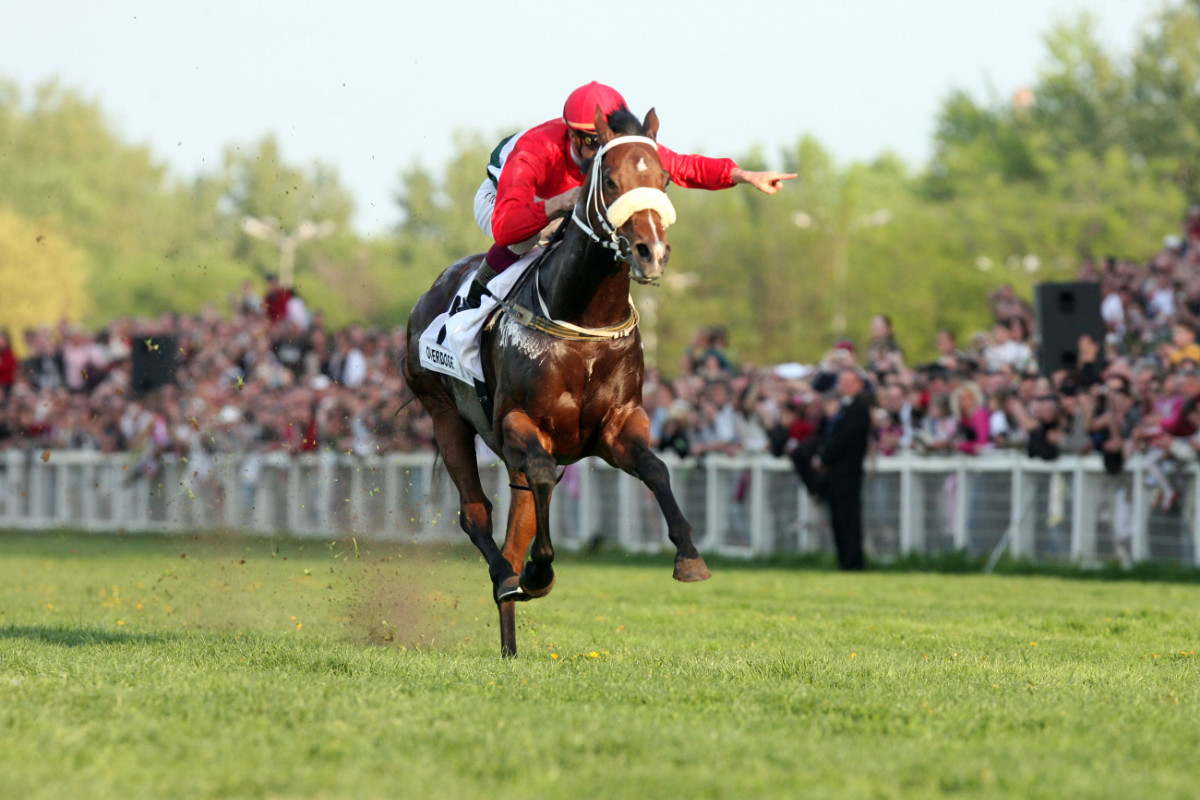 One of the highlights of recent years in Kincsem Park was OTP Hungária Grand Prix, featuring Overdose (2005 b h, Starborough – Our Poppet, Warning) in April 2009. The colt, also known as The Budapest Bullet, set a track record for 1000 metres with Christophe Soumillon on board in front of 20000 spectators. The event got onto the front page of the New York Times. The race was attended by Viktor Orbán, future Prime Minister of Hungary and the world famous jockey, Lester Piggott. Hungary has a lot to thank Overdose and it is indeed and understatement. Being number one sprinter in Europe and number three sprinter in the world on 2008, he not only put Hungary back to the map of the world of thoroughbreds, but he also helped to save Hungarian racing. At the time, powerful real estate developers were vying to put their hands on the immensely valuable property of Kincsem Park. With the appearance of Overdose and the outstanding popular support he had, the plan was erased from the agenda in the twenty-fourth hour. Racing still goes on since 1827.

The owner of Overdose, Hungarian-Slovakian businessman, Zoltán Mikóczy acquired the steed in memorable circumstances when he visited the 2006 Newmarket December sales with his friends. Prior to his journey, his wife strictly forbade buying any more horses, since he had bought many that year and also there were plenty of thoroughbreds in training already. On the spot, however, the owner was not able to resist the not too pretty, not too ugly bay colt and raised his hand. Since there was not a single bid for the horse for a long time, the hammer went down without a delay. The price was a mere 2000 guineas. Mr. Mikóczy realised that his new gain to his stable might cause a family dispute, so he started to ask his friends whether one of them would share the costs. None of them was willing to partner him, and as a consequence, Mr. Mikóczy was left alone with a horse that so many would have wanted to own later on. The rest is history.